It's a Doctor Who blog. 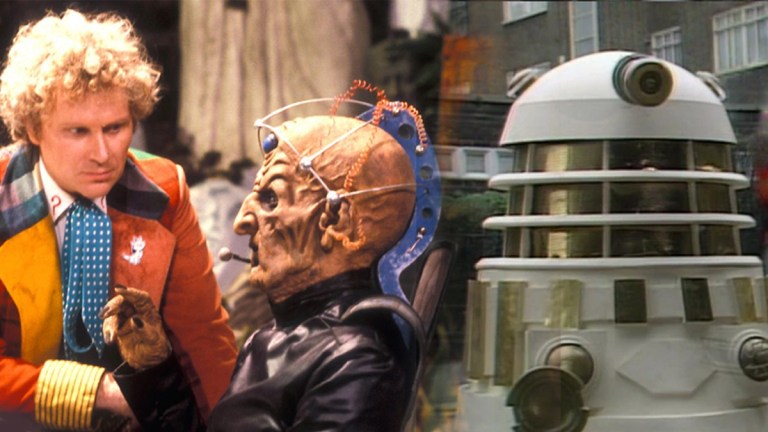 There's probably a longer article to be written about Earthshock - which I like, just not enough to include it in this top 10 - and its largely negative influence on Doctor Who in contrast with Paradise Towers which feels like a necessary relaunch of the series in the wake of Earthshock and the wrong lessons learned from its popularity. Maybe I'll write that after I get round to an essay on the Chibnall era which arrives months too late to be of interest to anyone.

Posted by Andrew Blair at 07:43 No comments:

Email ThisBlogThis!Share to TwitterShare to FacebookShare to Pinterest
Labels: Caves of Androzani, Doctor Who, Eighties, enlightenment, Kinda, Paradise Towers, Remembrance of the Daleks, Revelation of the Daleks, Survival, The Curse of Fenric, The Keeper of Traken, Warriors' Gate 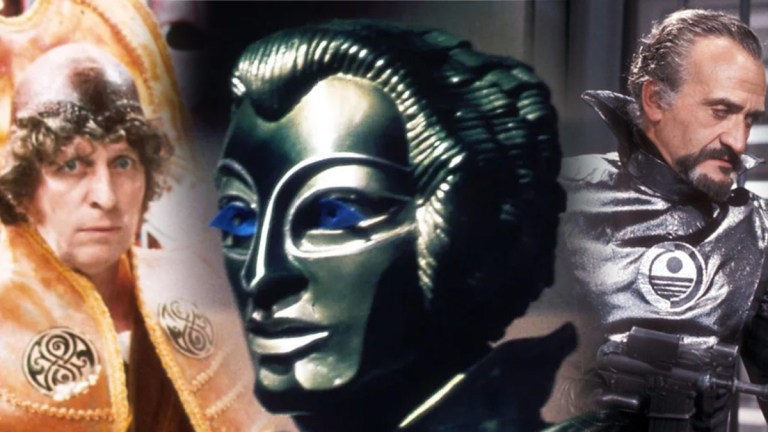 I ranked, as you may have guessed, my top ten stories from the Seventies. This wasn't a conscious attempt to wind up Talons Bros, but I am absolutely fine with that result because Talons of Weng Chieng is pish.
Posted by Andrew Blair at 06:00 No comments: 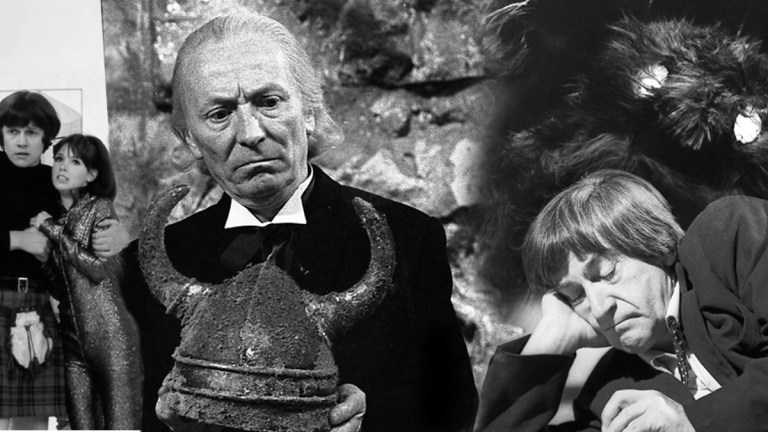 I wrote a 'Top 10 1960s Stories' article for Den of Geek. I'm pretty happy with it, the stories came to me quite quickly for the longlist and it felt quite straightforward to whittle them down. It was only after publication that I remembered these are the stories that have had the longest time to consensus to form around, being covered by every guide book and fan publication in detail (for example, Peter Haining's A Celebration). So this and the Top 10 Seventies article are probably going to be mildly controversial - in the sense that some people on the internet might disagree and possibly use exclamation marks - as a result of my going against these conventions. It's not a conscious thing on my part, it's just - and it's depressing how few people get this - my taste rather than some objective governing truth.
Posted by Andrew Blair at 06:26 No comments:

In which I choose, fresh from the broadcast of 'The Power of the Doctor', the top ten stories from Chris Chibnall's time as showrunner.
There's a lot of obvious jokes here - 'You found 10?', 'This'll be a short article' etc. - but thing is I did find ten and it was actually so long Den of Geek had to edit it down. Finding a top ten was harder here than in any of the other articles in this series. For RTD, Moffat, the Sixties, Seventies and Eighties...I had a longlist that I whittled down. For this I had a longlist of eight stories, and then I got rid of one on rewatch. I considered including the Thirteenth Doctor Mr Men book and that lockdown video Jodie Whittaker recorded, but I was trying to be as positive as possible and felt including them would be against the format of the articles and overly harsh.
Then I put 'Kerblam!' in because I felt like I should represent the cynical grimdark aspect of the era and frankly it's the only one of those stories that is actually interesting to rewatch. So to be honest that was probably harsher.
Posted by Andrew Blair at 03:39 No comments:

Email ThisBlogThis!Share to TwitterShare to FacebookShare to Pinterest
Labels: Can You Hear Me?, Chibnall, Eve of the Daleks, Fugitive of the Judoon, It Takes You Away, Jodie Whittaker, Kerblam!, Power of the Doctor, Sontarans, top 10, Villa Diodati, Village of the Angels, Witchfinders

I asked to do Top 10s rather than Top 20s for these articles because the plan is to do six of them by the Sixtieth anniversary, so sixty stories listed in total. However I could easily have done a top 20 here. 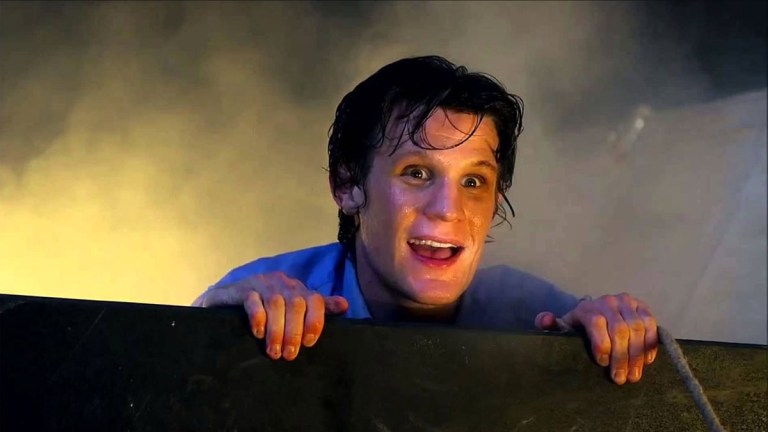 Here's my top 10 stories from Steve Moffat's time as show runner. It was a lot of fun to write.

Posted by Andrew Blair at 01:56 No comments:

Den of Geek have asked me to write summaries of different eras or decades of Doctor Who with top tens for each one. So here's the one for the first run of Russell T. Davies. 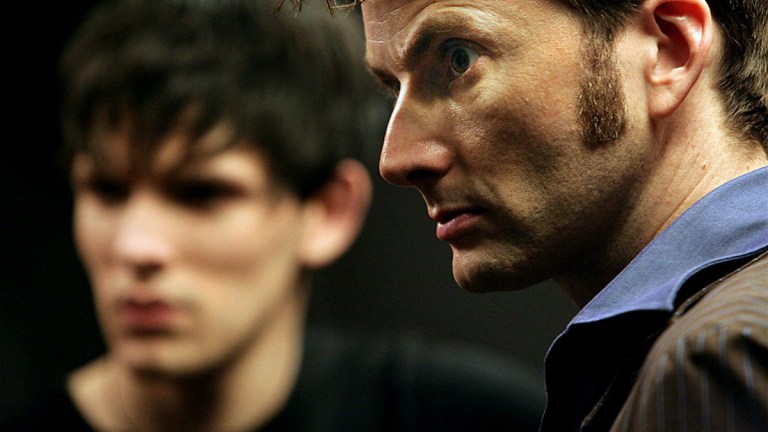 I think I should probably give up hope that people will understand the whole 'subjective/objective' thing on these articles.

Posted by Andrew Blair at 02:46 No comments:

SPOILERS FOR THE 60th ANNIVERSARY 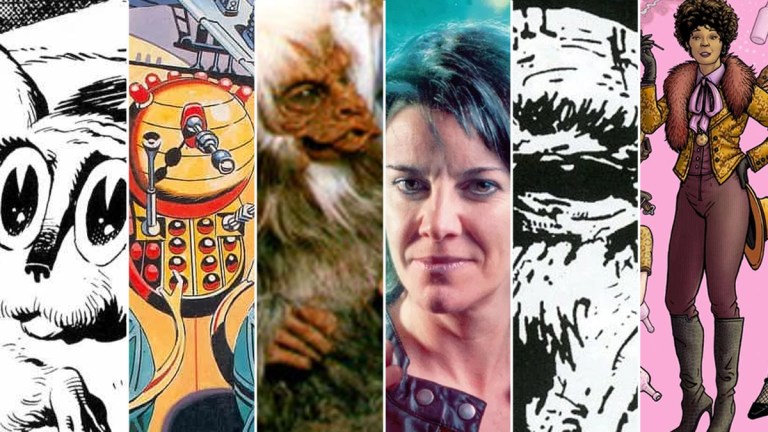 Based on set reports for a 60th anniversary episode, there's a character from Doctor Who Magazine's comics appearing on screen next year, so Den of Geek asked me to come up with similarly deep spin-off fiction cuts who could make an appearance on telly.

Posted by Andrew Blair at 04:11 No comments: